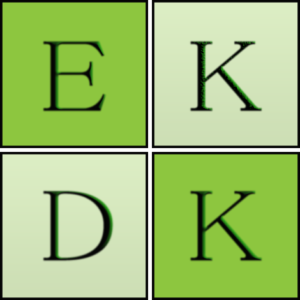 Reality is something that is so hard to describe. You try and you go far from it. That is the reality about reality.
What is Reality?

The first problem is that reality is big and as big as the universe. Whereas each one of us who discuss reality is just a 3 pound brain. Do we match? Can we manage to do it? Can we comprehend the incomprehensible?

These questions were asked by countless wise men from all civilizations for centuries. The most ancient of civilization which is undoubtedly that of the Indian civilization has dealt elaborately with the subject under a different topic – spirituality. Today the modern man of the 21st century is asking the same question under the topic – science. However, the irony is that both seem to have no definite and acceptable view of what reality really is.

The modern day scientists seem to be baffled trying to grasp reality.

Can reality really be defined?

Is anything really real?

For example if we carefully examine our experiences of the past in terms of buildings and people we doubt if they really existed once upon a time even though we have actually seen it. These buildings have disappeared and new ones have taken up their place. Grandfather is no more. Did he really exist? Yes of course, the photos prove it. But where is Grandfather now? Has he gone to heaven or hell or is he reborn somewhere? Or was he just a temporary thing?

When you were young you felt so healthy despite doing all things that were known to upset health. But when you are old and follow everything that you doctor says you find it difficult to get back to health. Is the advise of doctors really of any use? Is science useless? Of what use is science when it cannot give what nature once gave us for free?

On the date you got married your definition about love and romance is something that jumped out of a fairy tale book. When the same couple fight it out for a legal separation things are looking so different. Which one is real? Or maybe both are unreal.

When you are in love your lover was the most beautiful or the best person in the world. When the excitement began dropping your neighbor seemed a better person. Are you changing? Are you real?

Sometimes you are calm and appear to others like Jesus Christ or The Buddha because you were patient when others criticized you. At other times you wished you had a gun to shoot the person who was troubling you. Which of these you really are?

A person was once poor and did not have enough money to buy a meal. Today the same person is filthy rich and throws food around. Is the world of money real? Does money really matter. Jesus Christ said that the rich can never get though the gates of heaven. The Buddha gave up the riches and found peace. The rich looks elsewhere for peace and happiness whereas the poor sees money as the ultimate remedy for their suffering.

Science and its approach`

Some doctors and research say and prove beyond doubt that coffee is bad for health giving you all the reasons. Then you stumble upon another source of knowledge that says that coffee is bad, it spoils the arteries, you get piles (hemorrhoids) gets you addicted to coffee. The sugar that is added to coffee is a spoilsport.

First they told me and proved by experiments that light travels in a straight line. Then told me it is a wave. Finally they told me that it is not these. It is more complicated.

Your opinion about something changes fast, but every time, that opinion was the reality at that point in time. 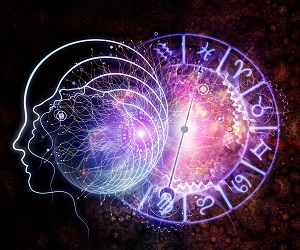 ABOUT US
Vedic Astrologer from South India, Chennai. Love to understand life and the events in life, happiness and sorrow, success and failure from the point of view of Karma and Astrology. My main request you to. Please learn something about your own horoscope. If you are not interested in it, who else would be?
Contact us: ekdhilipkumar@gmail.com
FOLLOW US
© 2020 Dhilips Institute Of Professional Astrology. All rights reserved.
MORE STORIES

Putra Dosha – The Flaw on the house of children

Stars that Match for those born 05. Mrigasira – Mithuna Rasi